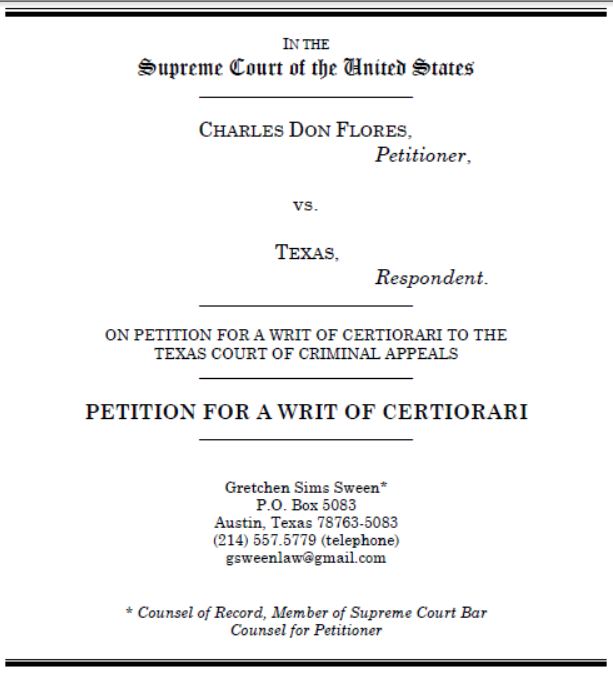 In Rock v. Arkansas, 483 U.S. 44 (1987), this Court found that, although “hypnotically refreshed” testimony was “controversial,” the dangers associated with it could be reduced by “procedural safeguards” that this Court left to the states to adopt. Contemporary scientific understanding of human memory and of the inherently intrusive nature of hypnosis has established that there are no procedural safeguards that reduce the dangers associated with investigative hypnosis. Yet Charles Flores is on Texas’s death row for a conviction that hinges on an eyewitness identification obtained from an individual for the first time in the courtroom—after she had submitted to a hypnosis session conducted by a police officer in conjunction with other suggestive procedures.

The Question Presented is:

Is the Constitution’s guarantee of a fundamentally fair trial compromised when a conviction hinges on an in-court eyewitness identification obtained after an investigative hypnosis session conducted by law enforcement—especially in a death-penalty case that requires heightened reliability in factfinding?